NEW YORK, NEW YORK—- Carmel, Milazzo & Feil LLP announced today that it has represented WallachBeth Capital LLC in the IPO of bioAffinity Technologies, Inc., a cancer diagnostics company that develops noninvasive, early-stage diagnostics to detect cancer and diseases of the lung and is researching targeted therapies to treat cancer, in its initial public offering of 1,282,600 units of securities has been priced at $6.125 per unit. Total gross proceeds from the offering is estimated to be $7,855,925 before deducting underwriting discounts and commissions and other estimated offering expenses.

The shares and the tradeable warrants will begin trading on September 1, 2022, on the Nasdaq Capital Market under the ticker symbols “BIAF” and “BIAFW,” respectively. The Company intends to use the net proceeds for the commercialization of its diagnostic called CyPath® Lung, a non-invasive test for the early detection of lung cancer that has completed a clinical trial showing 92% sensitivity and 87% specificity in detecting lung cancer in individuals at high risk who have lung nodules less than 2 centimeters. Proceeds also will be used for development of tests, additional clinical trials, regulatory filings, and for working capital and general corporate purposes.

bioAffinity’s registration statement relating to these securities was declared effective as of August 29, 2022, by the U.S. Securities and Exchange Commission. The offering is being made only by means of a prospectus. Copies of the final prospectus may be obtained on the SEC’s website, http://www.sec.gov and by contacting WallachBeth Capital, LLC, Attention: Capital Markets, 185 Hudson Street, Jersey City, NJ 07311, by telephone at 646-998-7608, or by email at cap-mkts@wallachbeth.com

bioAffinity Technologies, Inc. is a Delaware corporation addressing the need for noninvasive diagnosis of early-stage cancer and diseases of the lung and targeted cancer treatment. The Company develops proprietary noninvasive diagnostic tests and cancer therapeutics using technology that preferentially targets cancer cells and cell populations indicative of a diseased state. The Company’s first product called CyPath® Lung is a noninvasive test that has shown high sensitivity and specificity for the detection of early-stage lung cancer. CyPath® Lung is marketed as a Laboratory Developed Test by Precision Pathology Services. Research and optimization of the Company’s platform technologies are conducted in its laboratories at The University of Texas at San Antonio. 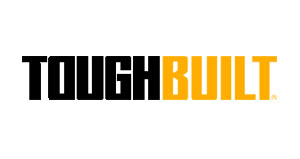