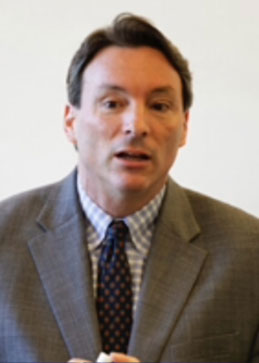 One of the most trusted names in the fields of tax, estate and elder law representation in New York, is Jeffrey R. D’Amico.

Master of Laws
Currently Mr. D’Amico teaches in numerous areas of taxation, including individual, estate and fiduciary income taxation as a graduate school assistant professor for a prestigious university in New York State. He has an impressive educational background that matches with his skills. Mr. D’Amico earned an LL.M degree in Taxation with a GPA of 3.8, and receiving the highest academic awards at Villanova University in Villanova, Pennsylvania. He also received the Tax Executive Institute Scholarship Award in 1995.

Employment History
Mr. D’Amico also practiced as an attorney at Murphy, Bartol & O’Brien, LLP., in Mineola, New York, from 1993 to 1996. He was in the Trusts and Estates department, before joining Griffin, Coogan & Veneruso, P.C., in 1996. Starting as a senior tax accountant, D’Amico worked at Richard A. Eisner & Company in New York City from 1988 to 1993. He has been adept in handling taxation matters including the following:

Teaching Accomplishments
Mr. D’Amico is an Assistant Professor at SUNY Old Westbury in the Graduate Tax Program. He is also an active member of the following associations:

Public Speaking Appearances
Exemplifying his experience in field, Mr. D’Amico has spoken and held seminars about estate planning and tax matters. He has lectured on behalf of the following groups and companies:

Publications and Conferences
Mr. D’Amico has authored numerous articles and presented his papers at numerous conferences including:

2. RECONCILE YOUR DOMICILE –When To Be or Not To Be:
Legal Issues, Judicial Analysis and Implications For Taxpayers
Relocating To Avoid State Estate Tax
Publication: The International Journal of Business, Accounting and Finance (Cabell’s # 207)
Published: Spring, 2014 – Volume 8, Number 1